Keep an Eye on the Sky – November 2016 Astronomical Events

There are many reasons to keep your eye on the sky this month! Check out some of the beauty the heavens will hold:

Late night and the following morning, the Taurid meteor shower will peak. The individual meteors appear to radiate from the shower’s namesake constellation, Taurus, the bull, which will be riding high in the south during the overnight hours for mid-northern latitude regions. Sky-watchers away from city lights may see as many as 10 to 15 shooting stars an hour, peaking at around 5 a.m. local time on November 11.

The second in a triad of supermoons—when the full moon makes a close approach to Earth—will rise in the east after sunset. While the last three months of 2016 each boast a supermoon, this month’s full moon will be the largest and closest to Earth since 1948, making it a truly beautiful sight to behold. Stay tuned for a full viewer’s guide, and get ready to submit your best supermoon pictures to National Geographic Your Shot.

Late night on November 15 and 16, look for the moon to be stationed near the eye of the constellation Taurus, the bull. That eye is really the red giant star Aldebaran, which sits 67 light-years from Earth. Meanwhile, lucky sky-watchers in the Middle East and across central Asia to Japan will be in the best positions to see the moon occult, or eclipse, Aldebaran during the night of the 15th.

Look up late at night and into the early morning hours of the 17th for a flurry of shooting stars during the peak of the annual Leonid meteor shower. With the waning gibbous moon ducking under the local horizon after local midnight, the best views will be in the early morning hours of the 16th, with as many as 10 to 20 shooting stars an hour visible from the dark countryside. Individual meteors will appear to originate from the shower’s namesake constellation, Leo, which rises in the east in the predawn hours this time of the year.

Look east late at night for the waning gibbous moon to make a close pass of the famous Beehive open star cluster, also known as Messier 44. Using binoculars, you can scan the sky to the upper right of the moon for the thousand-star strong cluster, located 610 light-years from Earth. The next night, the moon will slip underneath the Beehive.

Look toward the southeastern sky in the early morning hours for the crescent moon snuggling up next to the constellation Leo’s heart: the bright star Regulus. The cosmic pair will be quite stunning to the unaided eyes, with the two objects separated by just over a degree, equal to the width of your thumb held at arm’s length.

As a great observing challenge, use binoculars to try and spot faint, star-like Saturn next to Mercury. Both planets will be tricky to find in the glare of the sunset and will need a viewing location that has an absolutely clear line of sight to the southwest horizon.

About an hour before local sunrise, look southeast for the thin crescent moon hanging below the king of all planets, Jupiter. The pair will be particularly striking, since they will appear less than two degrees apart, equal to the span of just four lunar disks in the sky.

Read the full article at http://news.nationalgeographic.com/2016/11/skywatching-sky-guide-november-moon-meteor-shower-astronomy/ 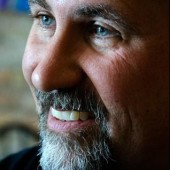 I am a healer, teacher, author, and lifelong mystic who loves helping others find and explore their own soulful paths. My personal practices include meditation, mindfulness, Reiki, and qigong.

Dia de los Muertos – my favorite video for the day